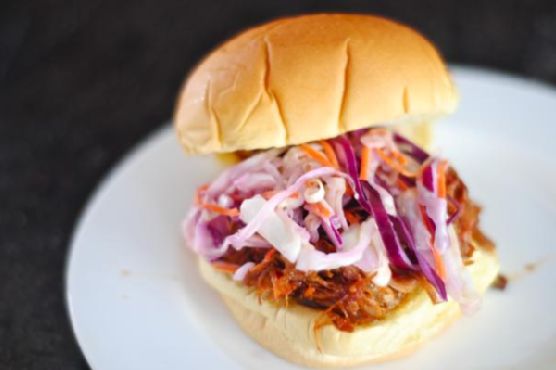 South Carolina Style Pulled Pork might be just the main course you are searching for. This recipe makes 10 servings with 920 calories, 72g of protein, and 34g of fat each. For $3.88 per serving, this recipe covers 48% of your daily requirements of vitamins and minerals. 3 people have made this recipe and would make it again. From preparation to the plate, this recipe takes roughly 45 minutes. A mixture of garlic, soy sauce, vegetable oil, and a handful of other ingredients are all it takes to make this recipe so flavorful. To use up the maple syrup you could follow this main course with the Vanilla-Almond Chia Breakfast Pudding as a dessert. It is a good option if you’re following a gluten free and dairy free diet. All things considered, we decided this recipe deserves a spoonacular score of 82%. This score is great. Try Carolina-Style Pulled Pork Sandwiches, North Carolina-Style Pulled Pork, and North Carolina-Style BBQ Pulled Pork for similar recipes.