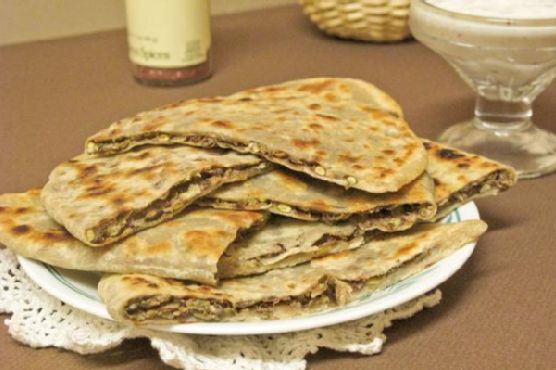 The recipe Middle Eastern Stuffed Lentil Zatar Bread is ready in approximately 45 minutes and is definitely an outstanding dairy free option for lovers of middl eastern food. This recipe serves 4 and costs 79 cents per serving. One serving contains 471 calories, 18g of protein, and 4g of fat. Not a lot of people really liked this main course. Head to the store and pick up lentils, cilantro, less to make a pliable dough, and a few other things to make it today. To use up the salt you could follow this main course with the Apple Turnovers Recipe as a dessert. 1 person has tried and liked this recipe. All things considered, we decided this recipe deserves a spoonacular score of 91%. This score is super. Try Middle Eastern Lentil And Rice Soup, Middle Eastern Lentil and Rice Soup, and Middle Eastern Lentil Rice Rolls With Lemon Tahini Sauce for similar recipes.