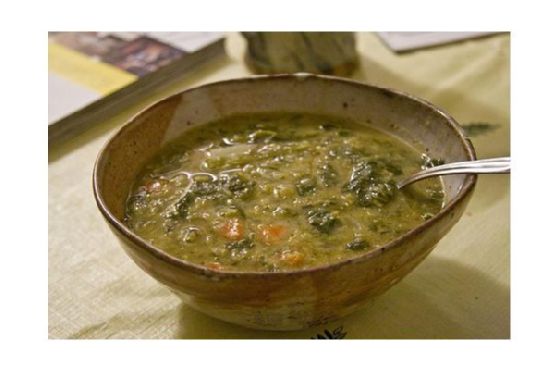 The recipe Lebanese Lentil Soup could satisfy your middl eastern craving in approximately 45 minutes. This recipe serves 4 and costs $1.61 per serving. This main course has 393 calories, 27g of protein, and 1g of fat per serving. A mixture of pepper, lemon juice, water, and a handful of other ingredients are all it takes to make this recipe so yummy. To use up the salt you could follow this main course with the Apple Turnovers Recipe as a dessert. 1 person has made this recipe and would make it again. It can be enjoyed any time, but it is especially good for Autumn. All things considered, we decided this recipe deserves a spoonacular score of 93%. This score is spectacular. Try Slow Cooker Lebanese Lentil Soup, Lebanese Lentil and Swiss Chard Soup, and Slow Cooker Lebanese Red Lentil Soup for similar recipes.